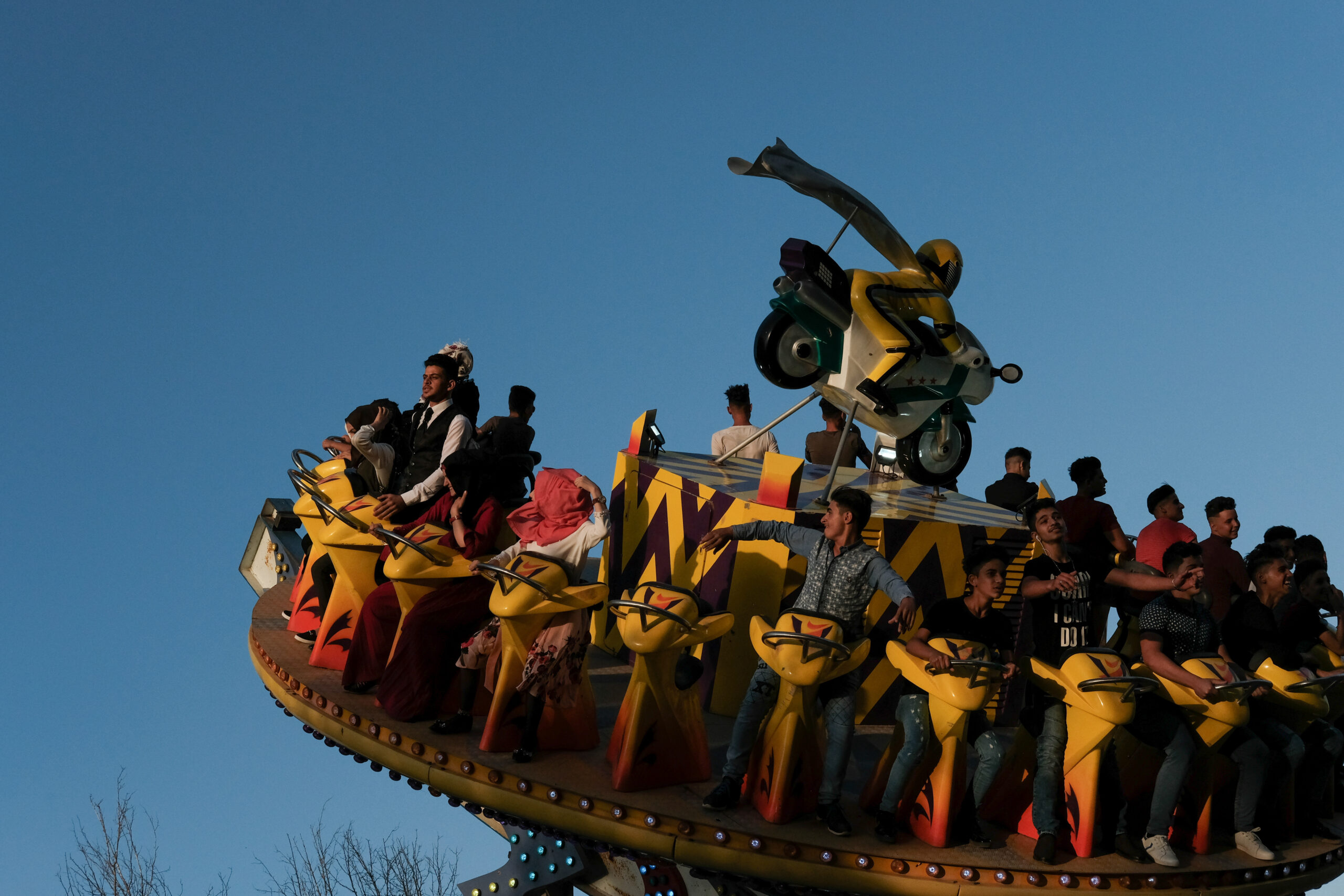 In 2018 citizens of Mosul experienced the first year of freedom, after living under the reign of the so called Islamic State (IS) for four years. Mosul and its people were marked by the gruel experience of those last four years and the war defeating IS from their city. Tough there was also a careful sense of movement. Turning the page, looking ahaed.

This photograph originated in Eid, the three days holidays to celebreate the end of the fasting month Ramadan. There is a famous amusement park in Mosul. The park was closed during the reign of ISIS since they used it to store weapons (and wouldn’t allow anyone to use the rides anyway). Now for the first time in four years, the people of Mosul could enter the park and celebrate Eid the way they used to.

To purchase the print, simply fill out the contact form. I will get back to you shortly with all further details.