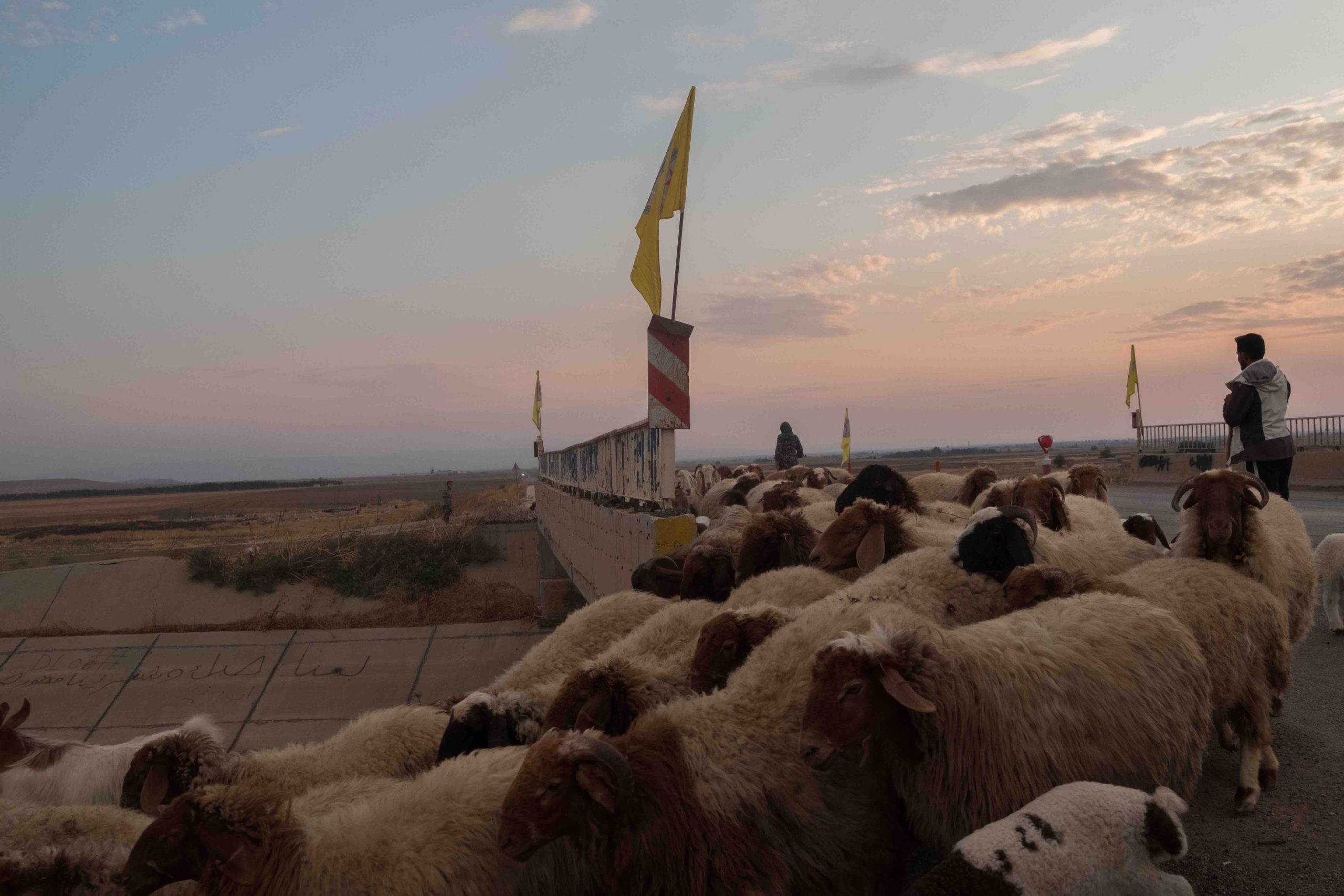 The shepherd and the ceasfire (Syria, Raz al ein 2019)

As the sun set, uncertainty arise. We were only a couple of kilometres away from the front line in North-eastern Syria. After the US government announced to withdraw their troops, Turkey and its proxy allies started an attack on the Kurdish autonomous region in North-eastern Syria. Their aim was to clear the border area from Kurdish troops, which they perceive as threat for Turkeys security.  After weeks of fighting, a ceasefire was mediated.  When the photograph was taken, it was only a few hours left until the end of the ceasefire.  No one knew how things would turn out. Would fighting continue?

Travelling back from the front line area, we stopped at this bridge for interviewing soldiers. As we talked,  a family of shepherds walked their flock across the bridge. This moment all geopolitical dimensions of this conflict seem to vanish. The withdrawal of the US, the invasion of Turkey, the role of Russia. The shepherd would bring his flock home and taking out the next day, despite what happened after the end of the ceasefire.

To purchase the print, simply fill out the contact form. I will get back to you shortly with all further details.