More than nine months after the Islamic State of Iraq and the Levant (ISIL, also known as ISIS) was defeated in Mosul, the city’s residents continue to deal with the aftermath of the battle. Thousands of dead bodies belonging to civilians and ISIL fighters are still beneath the rubble in Mosul’s Old City. While Iraq’s civil defence initially refused to pick up the bodies of ISIL fighters, a group of young volunteers started to recover the bodies. The al-Midan neighbourhood, which was the last bastion of ISIL fighters during the final stages of the battle over control of the city, is the epicentre of the destruction. Severe shelling by coalition warplanes resulted in dozens of collapsed houses and hundreds of people buried under the rubble. Without any formal training or expertise, the group of young volunteers collects the dead bodies, working in the morning hours when the smell is not too intense. Initially, they were a team of four, but through social media exposure, the group grew to about 30 members.

Their task is not an easy one.

Many of the bodies belonging to ISIL fighters still have their suicide belts around, making their collection dangerous and difficult. After seven months, they had collected more than 1,200 bodies. Since the civil defence recently returned to work, the group of volunteers looks for the next way to make a positive contribution to the rehabilitation of their city. 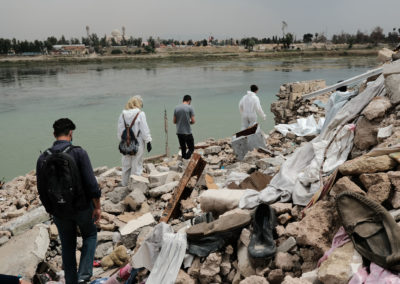 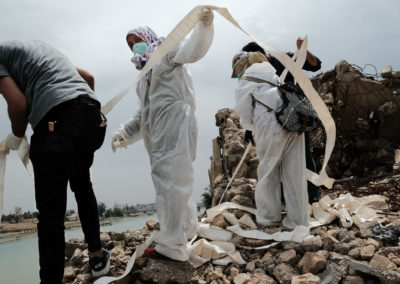 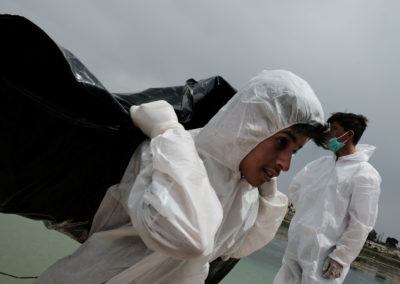 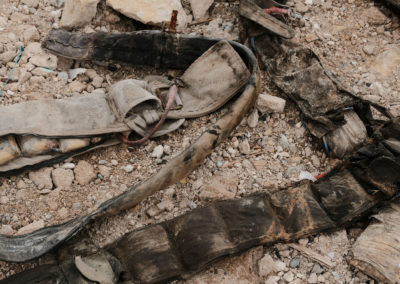 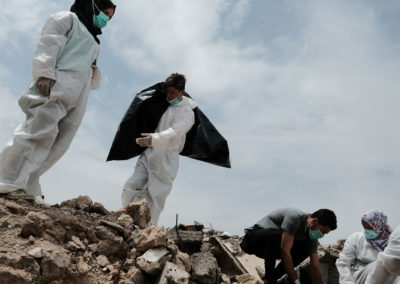 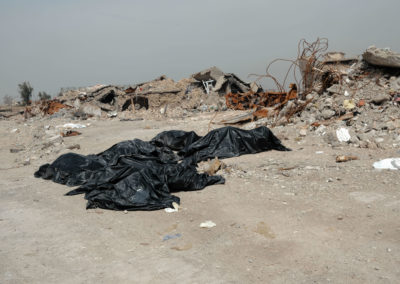 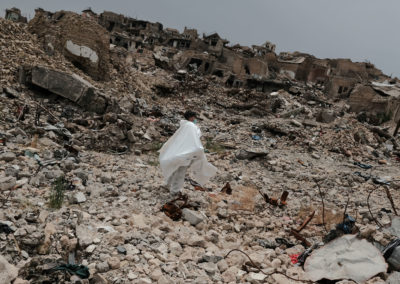 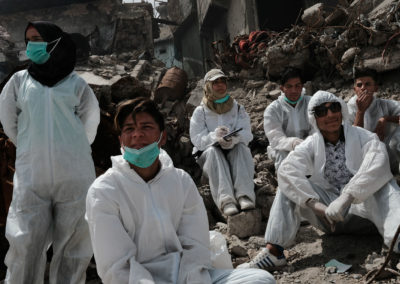 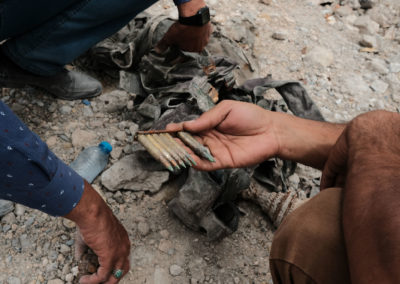 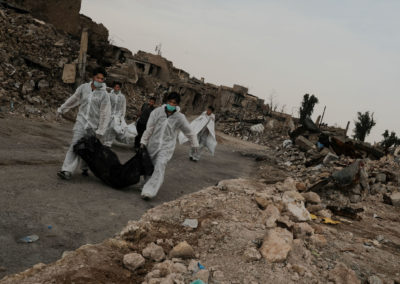 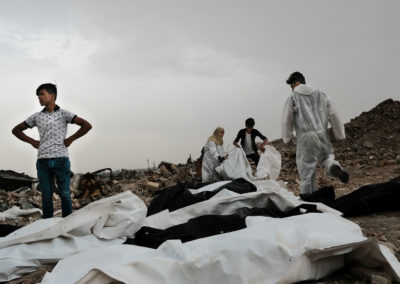 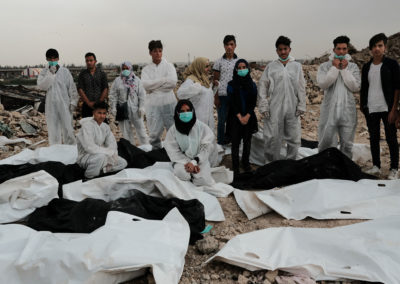