ثورة أكتوبر (Thawra ´uktubar / October Revolution) is the name of a social uprising challenging Iraq´s political system, unseen in recent years. It started on the 1st of October 2019 in Bagdad and quickly spread to Iraq´s souther provinces as demonstration against corruption, unemployment and insufficient public services. It quickly transformed though into full scale calls to replace the government. On 29th of October Prime Minister Adil Abdul-Mahdi announced his resignation due to the protest movement. He was replaced by Mustafa Al-Kadhimi in May 2020.

Bagdad´s Liberation Square was the heart of the social uprising. Protester often said that they created here, what the government has been unable to do since the 2003 US-led invasion: a functioning state. Barbers gave free haircuts, dentist and doctors offered health services and food was distributed freely.

نريد وطن (We want a homeland) was a widely used slogan during the protest. It was a call by Iraq’s unemployed, impoverished youth — supported by the middle classes — to take ownership over all facets of life. During daytime different social classes of Iraq´s society where present on the street, protesting peaceful and creative. With the setting sun and throughout the night mostly youths form the suburbs where in violent clashes with state security forces and non state actors who used tear gas, rubber bullets and live ammunition against protester. 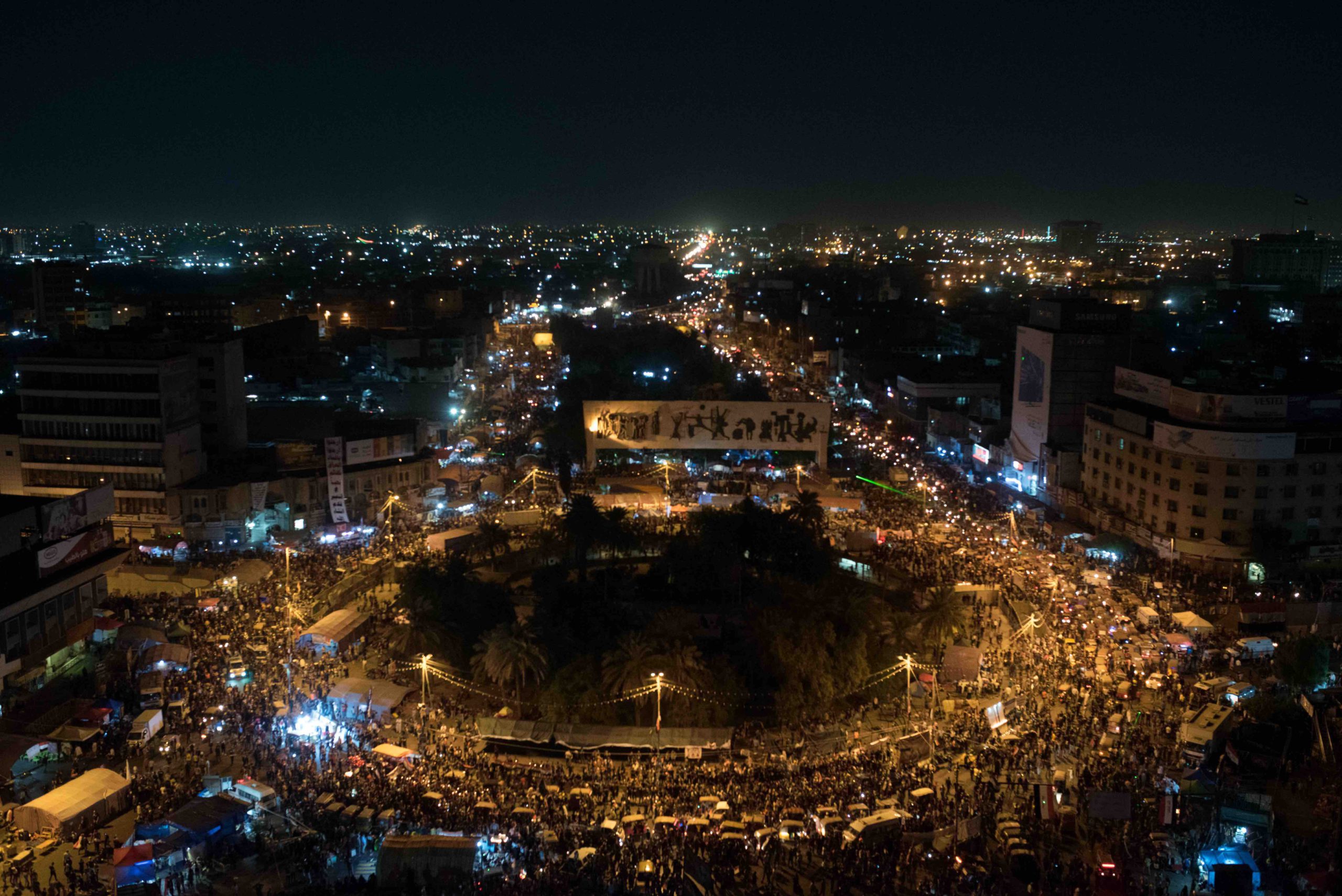 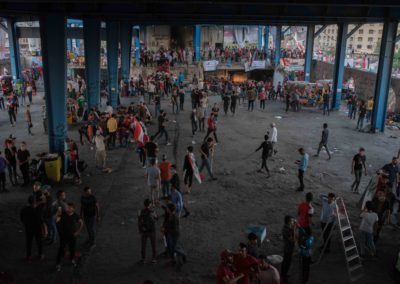 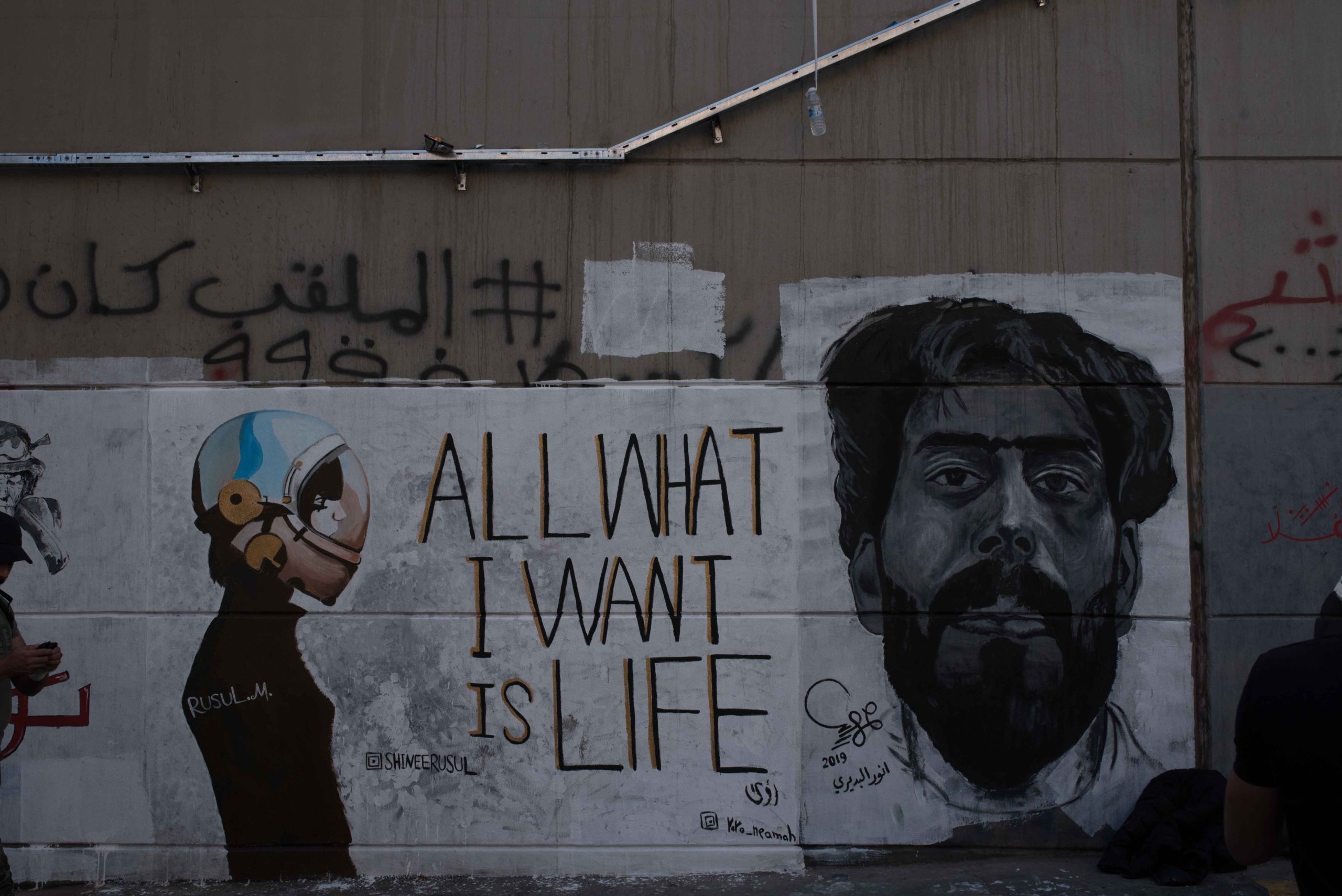 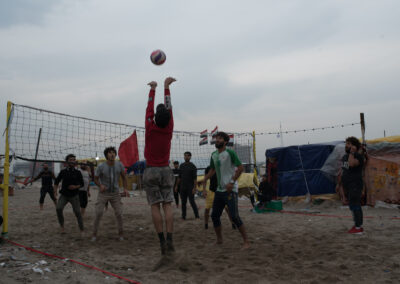 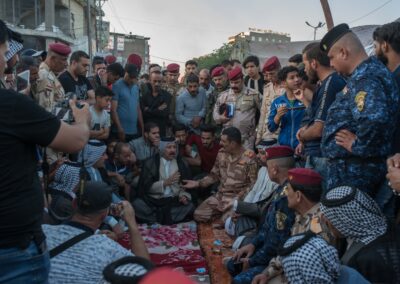 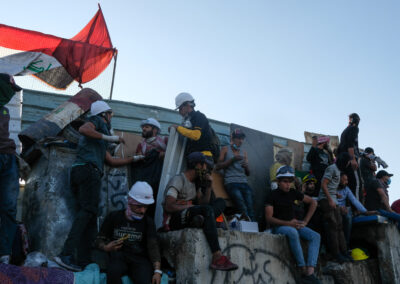